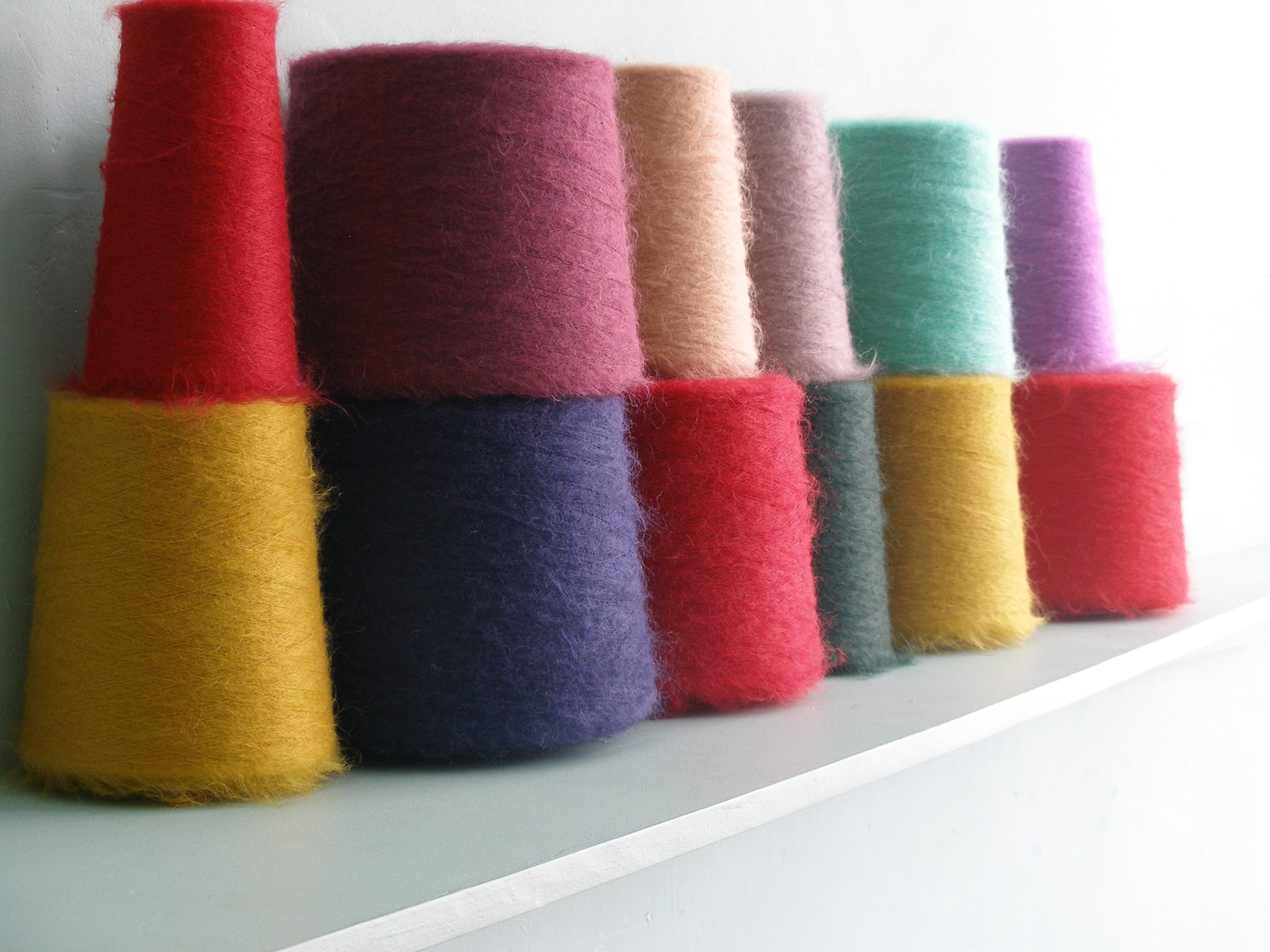 The trunks belonging to Delphine Quirin’s grandmother were veritable treasure chests when she was a child. The dresses, suits and costumes that they contained would later go on to provide the future designer with an important source of inspiration. And already as a child, hats stood out above everything else as a thing of wonder.

History of Art studies completed later in life at the University of Liège left Delphine with a real store of data and a clear preference for the talents of artists as diverse as Vermeer, De La Tour and Edward Hopper.

After training as a fashion designer, Delphine set up her own design business in 1996 and started creating her first hats – unique and tailor-made creations essentially to accompany formal dress. She then opened a shop in the historic centre of Liège and continued to create the framework for what would soon become not just a business but an expression of her personality. Being open to a wide range of influences, she soon discovered knitting and this then gradually become her preferred production technique. She really played a trump card in Paris in 1999 when she drew attention to a mini-collection of gloves and scarves – and of course hats – created out of mohair and boiled wool.

Delphine had found her niche! She was now creating regular collections, and presenting and selling them at large trade fairs in several European countries, as well as in the US and Japan.
By following her instincts and desires, Delphine has reached her goal. She has elevated the hat back to its rightful position of elegance, saving it from the stagnation of long-produced designs. She has made it a practical and light daily accessory that can be worn in all circumstances. Delphine’s hats are a subtle mix of colours and designs, reflecting our own contemporary mix of cultures and ideas. And although they do not follow ephemeral fashion trends, they are in tune with the world around them and each piece tells its own story

Delphine is proud of her Liège roots and refuses to use industrial production methods. Her hats are made using traditional techniques by a small team of knitters, embroiderers and seamstresses, enabling her to oversee all the production stages, and at the same time, to take meticulous care in order to ensure that all of her knits are perfectly finished.